113 years ago, yesterday, a young Canadian was in Pittsburgh, set to make his major league debut for the hometown Pirates, who were hosting St. Louis. It would have been a nice little bit of trivia; Canadian ball player making their first appearance in the big leagues on Canada's 38th birthday. But it rained, and the game was not played.

That Canadian, of course, was George Gibson. That night, he boarded a train with his new Pirates teammates, and made off for Cincinnati. It was there, 133 years ago, today, that he made his big league debut. Pitching for the Bucs was Deacon Phillippe.

According to newspaper reports, Phillipe out pitched his counterpart, Bob Ewing, but 5 errors by the Pirates were his undoing. One of those errors was awarded to Gibson, who in an attempt to catch a would-be base stealer, chucked what he thought was a decent ball down to second base, only to have it arrive before either SS Honus Wager, or 2B Claude Ritchey, could get there. The ball went into centre field, and Gibson was awarded an error.

The play is well documented in Lawrence Ritter's excellent book, The Glory of their Times. As Gibson tells it, he figured Wagner and Ritchey missed the ball on purpose, because he was a rookie, when in fact, they missed it because they were used to the slow rainbow throws from the injured Heinie Peitz. Following the inning the three man sorted the play out, and Wagner advised Gibson to keep throwing the ball the way he had.

Over course of the game, the Reds stole three bags on Gibson, and he went 0-for-3. Nonetheless, Pirates owner Barney Dreyfuss, liked what he saw. As reported by the Pittsburgh Press the following day (July 3, 1905):


"President Dreyfuss says the lad is still green, but expresses the belief that he will learn quickly, and be a mighty valuable man."

Gibson, of course, did prove to be mighty valuable, and remained with the Pirates for eleven more seasons, before joining the New York Giants.

Posted by Richard at 2:54 PM No comments: 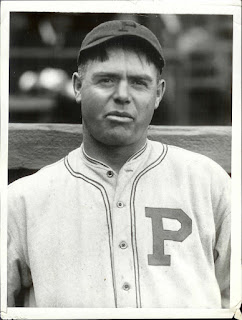 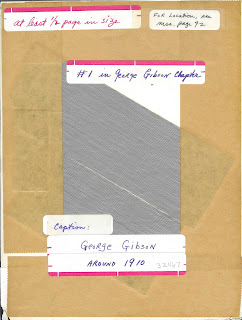